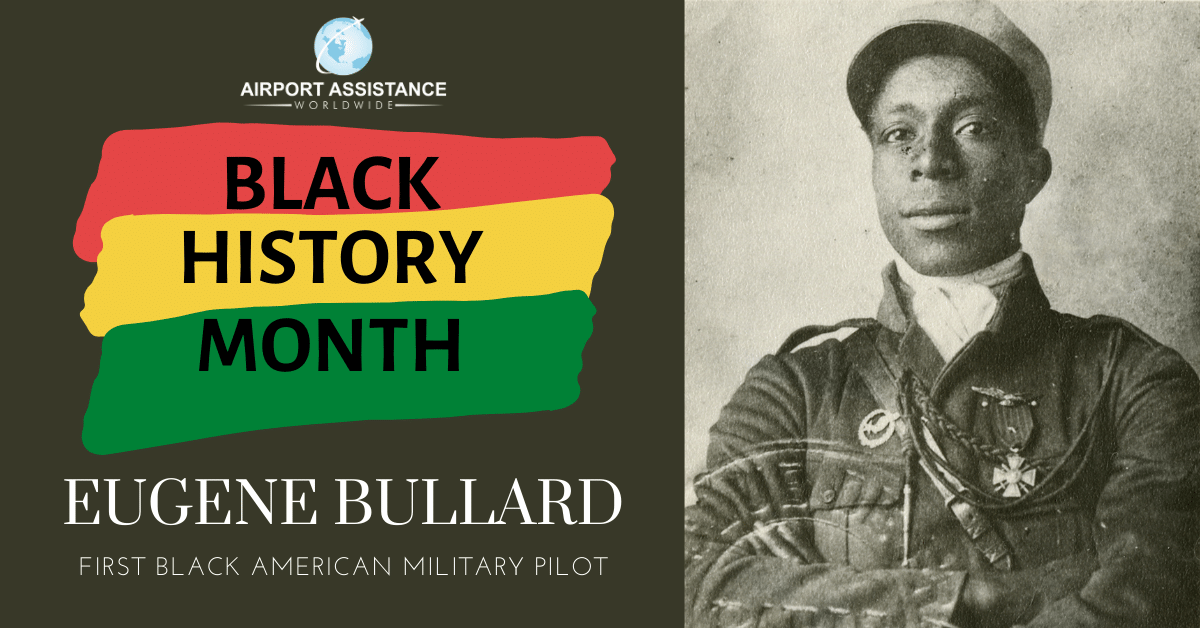 We continue our series celebrating Black History Month with our feature on Eugene Bullard. 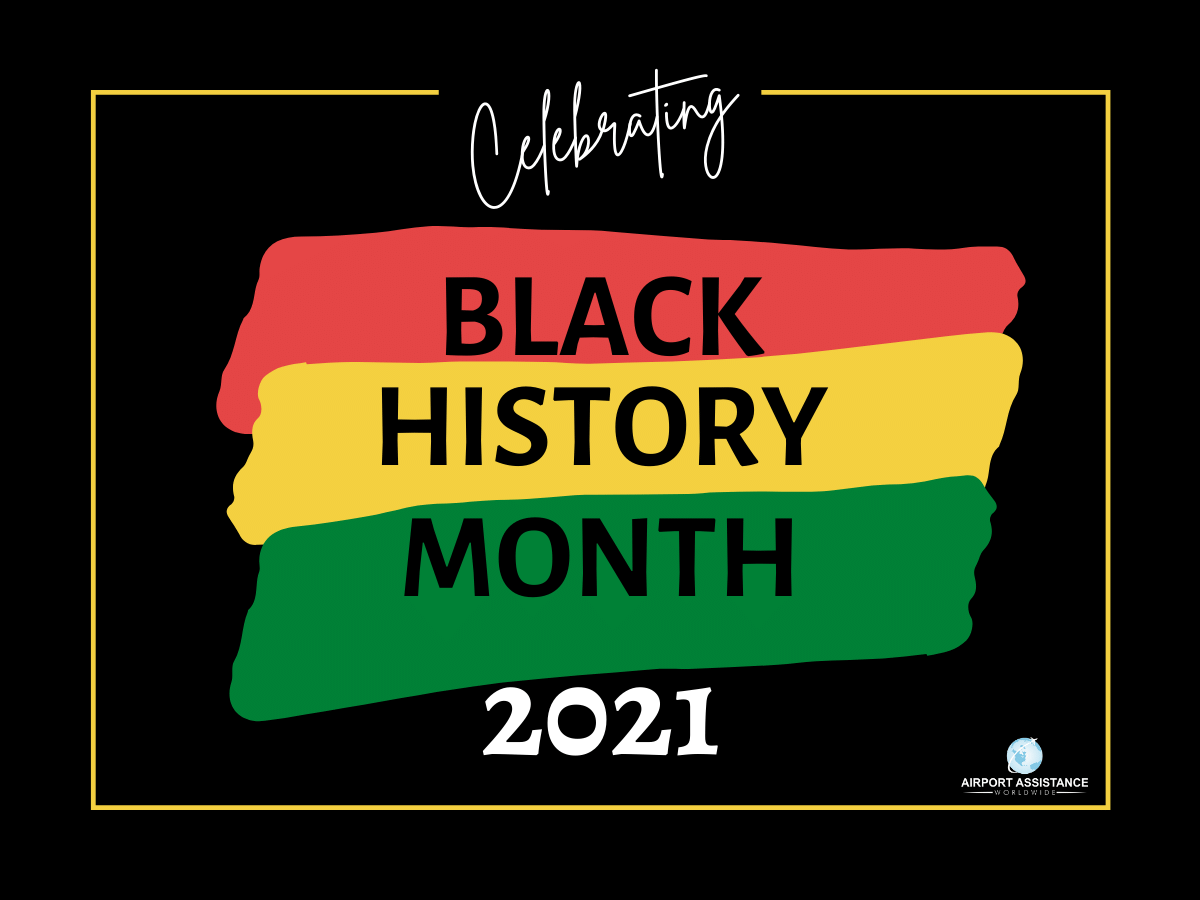 Bullard’s childhood was rough. His mother died when he was six, and he ran away from home several times. After his father barely escaped a lynching, Bullard fled one final time. This time to Virginia, where he stowed away on a German freighter, hoping to escape the racism and bigotry of the South. He set his dreams on France after hearing stories growing up about a country where a man was judged by merit, not by his skin color.

He landed in Scotland and made his way to London, where he boxed and performed slapstick. At the time, a famous boxing trainer took him under his wing, encouraging him to sign up for a boxing event in Paris. Bullard took a leap of faith, fought in the event, and eventually became a lightweight champion, winning 42 professional fights. 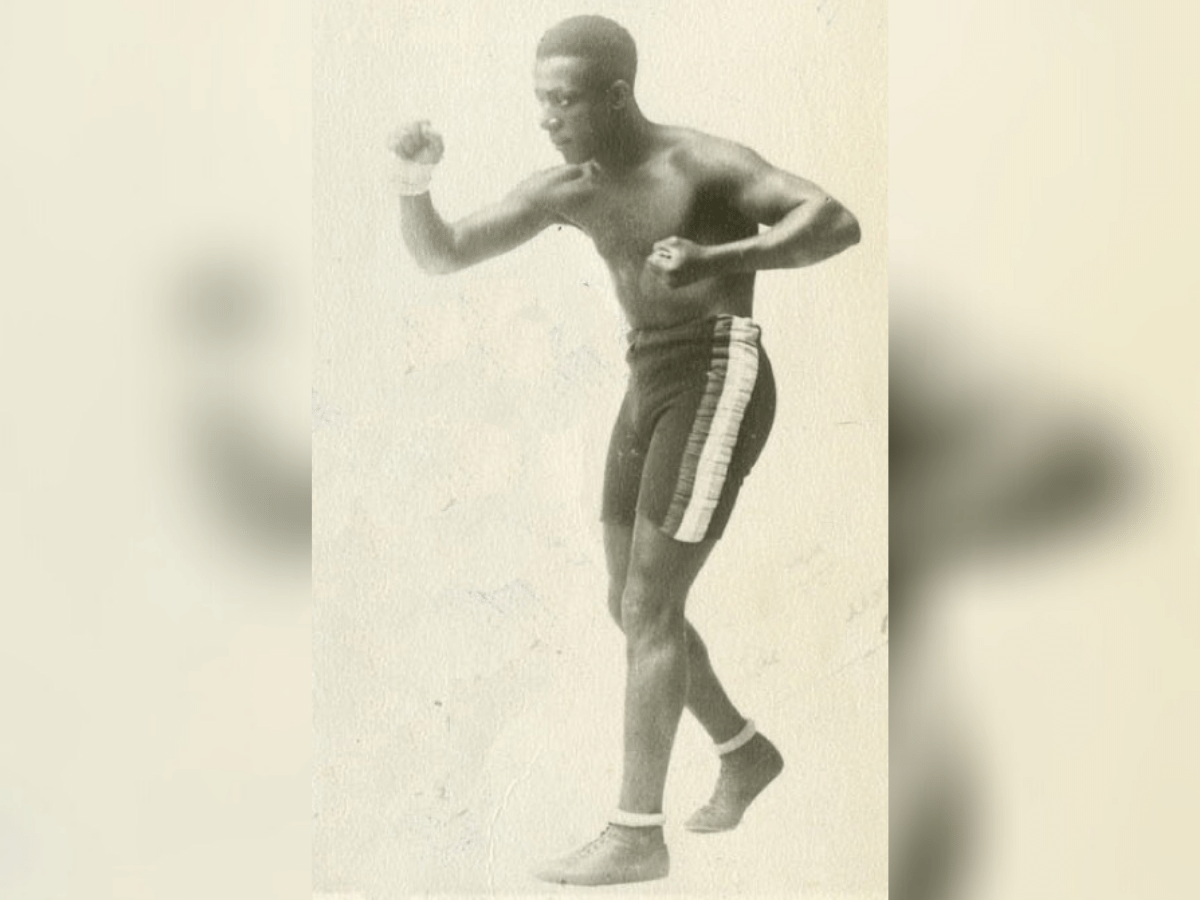 Bullard ended up staying in France, later writing, “… it seemed to me that French democracy influenced the minds of both black and white Americans there and helped us all act like brothers.“

Finally free from the racism he fled from in the States, Bullard soon adopted France as his home. In 1914, he felt compelled to give back to the country that accepted him as an equal, as one of their own. As a gesture of duty to his new country, Bullard decided to enlist in the French Foreign Legion, a branch of the French Army. It was there that he earned the nickname “Black Swallow of Death” due to his fearlessness. Bullard fought in the Battle of Somme, Champagne, and Verdun, the latter where he was severely wounded. He survived his injuries, recuperating in Lyon.

In 1916, Bullard was commiserating with another American Soldier recovering from injuries when his friend teased him that the infantry might not take him back. Bullard said he’d enlist in the Air Service instead. Skeptical, his friend replied, “You know damn well, Gene, there aren’t any Negroes in aviation.” Challenged, Bullard said, “That’s why I want to get into it. There must be a first to everything, and I’m going to be the first Negro military pilot.” The two friends placed a $2,000 bet on Bullard’s bold statement.

Bullard won that bet when he volunteered and was accepted in the French Air Service. A mere nine months late, after completing his training, Eugene Jacques Bullard was awarded his pilot’s license from the Aéro-Club de France, becoming the first Black American military pilot. 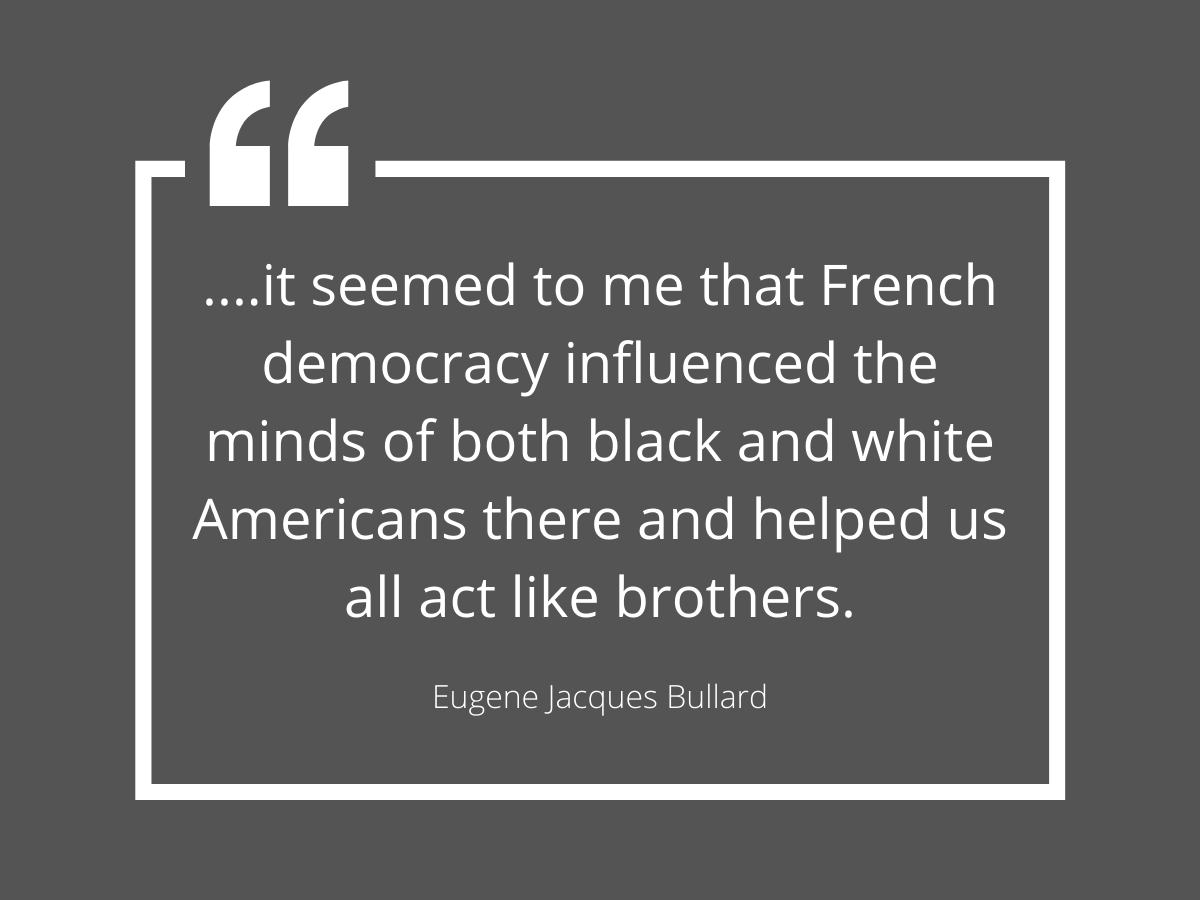 “It seems to me that French democracy influenced the minds of both lack and white Americans there and helped us all act like brothers.” | Eugene Bullard

Bullard was trained for advanced flight and combat and was assigned to Squadron 93 of the famous Lafayette L’Escadrille, otherwise known as the “Flying Corps,” a group of American volunteer pilots in France. He fought in nearly 20 combat missions, and, legend has it, he shot down two German fighters.

Despite Bullard’s proven record as a skilled fighter pilot, he was transferred back to the infantry after an altercation with a French commissioned officer. He applied to join the U.S. Air Force, but racism was still deeply rooted, and his applications went repeatedly ignored.

Bullard volunteered for the 51st Infantry Regiment and was wounded yet again. He eventually returned to the United States in 1940, landing in New York. Bullard never fully recovered from his injuries. With his military career over and the notoriety he enjoyed in France all but gone, Bullard worked odd jobs for the next twenty years, settling in as an elevator operator at the Rockefeller Center.

While in New York, he became involved in civil rights activities, and in 1949 while attending a concert, an angry mob broke out. Bullard was attacked and beaten by police and concertgoers in what became known as the Peekskill Riots. Damning images of local and state law enforcement beating Bullard can be seen in the 1970s documentary, The Tallest Tree in Our Forest. Bullard did not see justice for the beatings he endured. His assailants were never prosecuted.

In 1954, France called Bullard to return. He had been selected to relight the everlasting flame at the Tomb of the Unknown Soldier in Paris. In 1959, he was knighted with the Légion d’honneur, the highest-ranking order presented by France. In total, France awarded Bullard with 15 medals, while the United States continued to ignore his achievements. 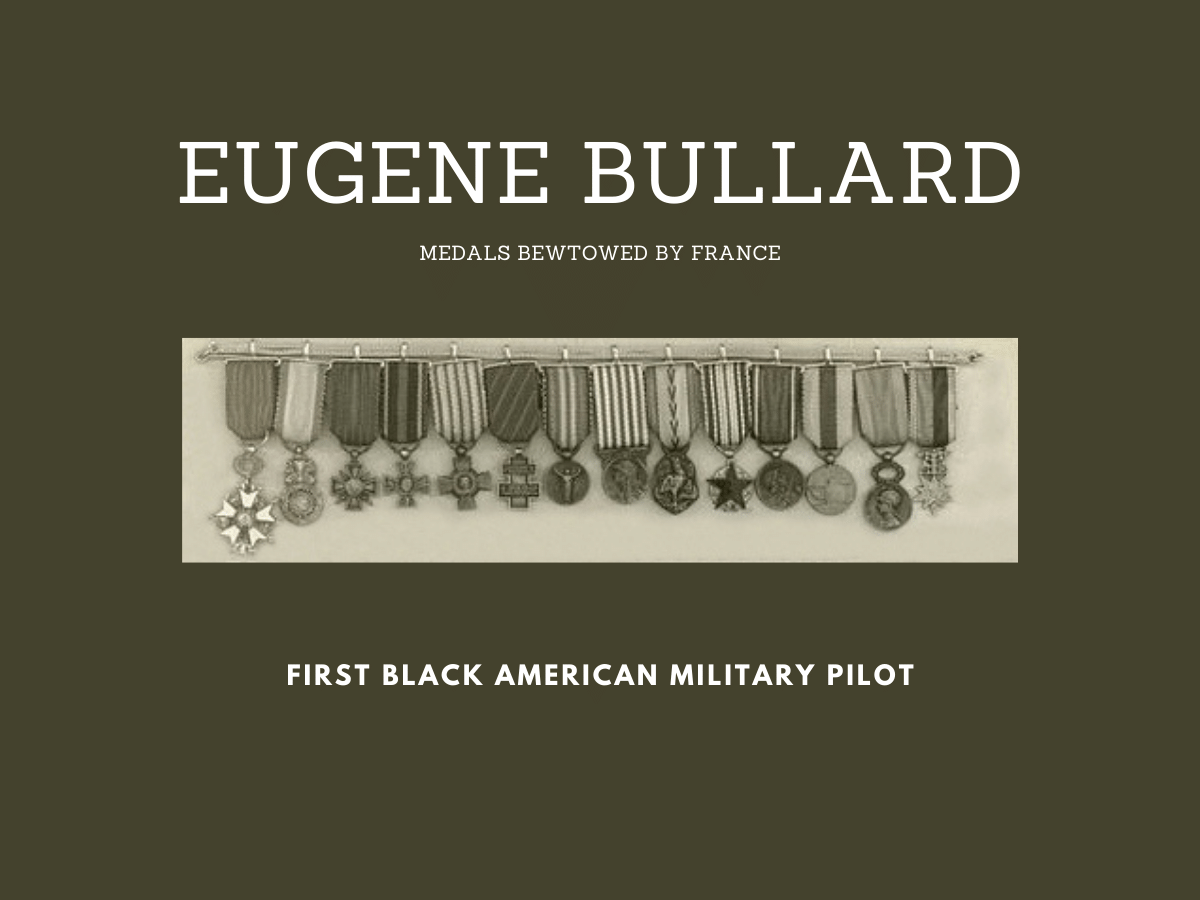 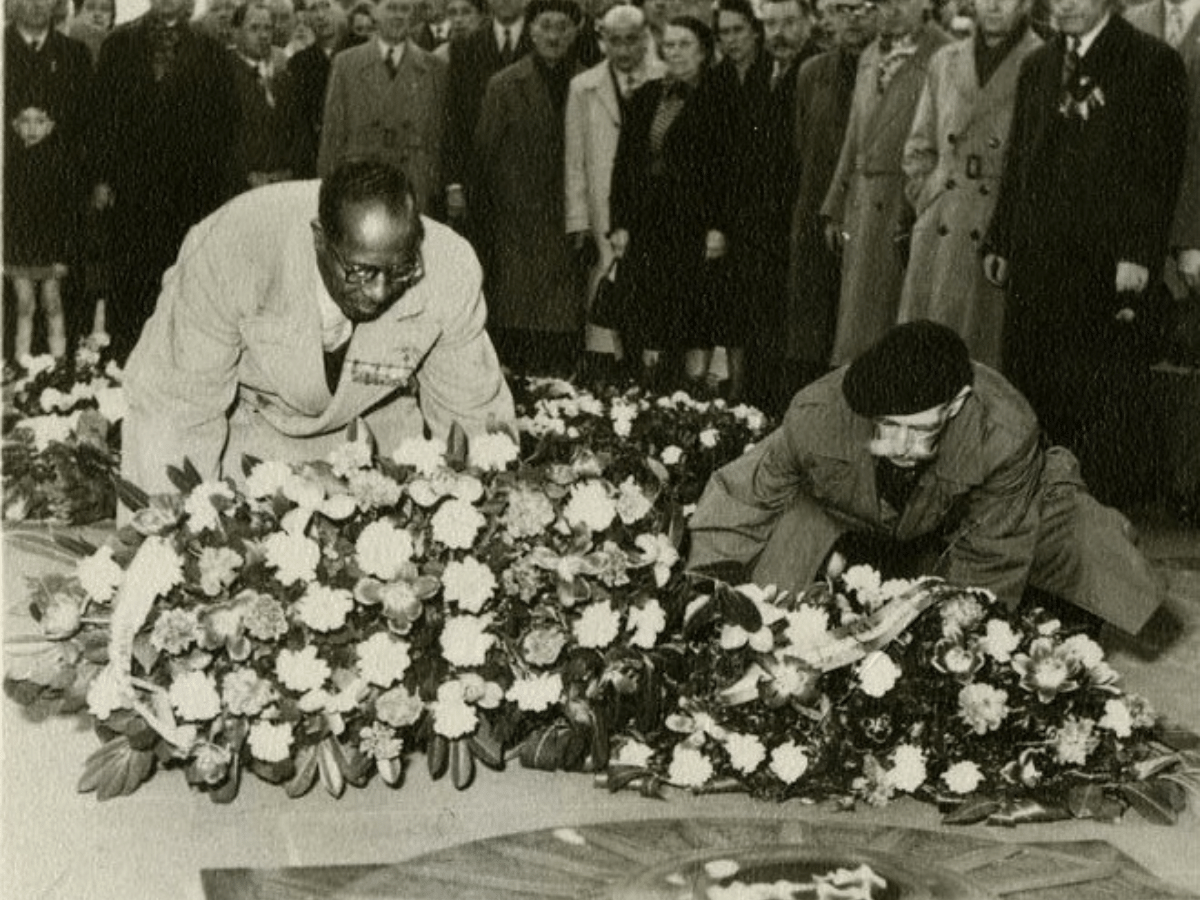 Eugene Bullard, the first African-American military pilot, at the Tomb of the Unknown Soldier in Paris (1954). He was invited by the Committee of the Flame to rekindle the fire in 1954. According to the website The Unknown Soldier At The Base Of The Arc De Triomphe: “At the base of the Arch de Triomphe stands a torch. Every evening at 6:30 P.M. it is rekindled, and veterans lay wreaths decorated with red, white and blue near its flickering flame. It burns in the darkness to recall the sacrifice of an unknown French soldier who gave his life during World War I.” | USAF, Public domain, via Wikimedia Commons

Bullard died of stomach cancer on October 12, 1961, just three days shy of his 67th birthday. He was buried in the Federation of French War Veterans cemetery, wearing his legionnaire’s uniform, his casket covered in the French tricolor. 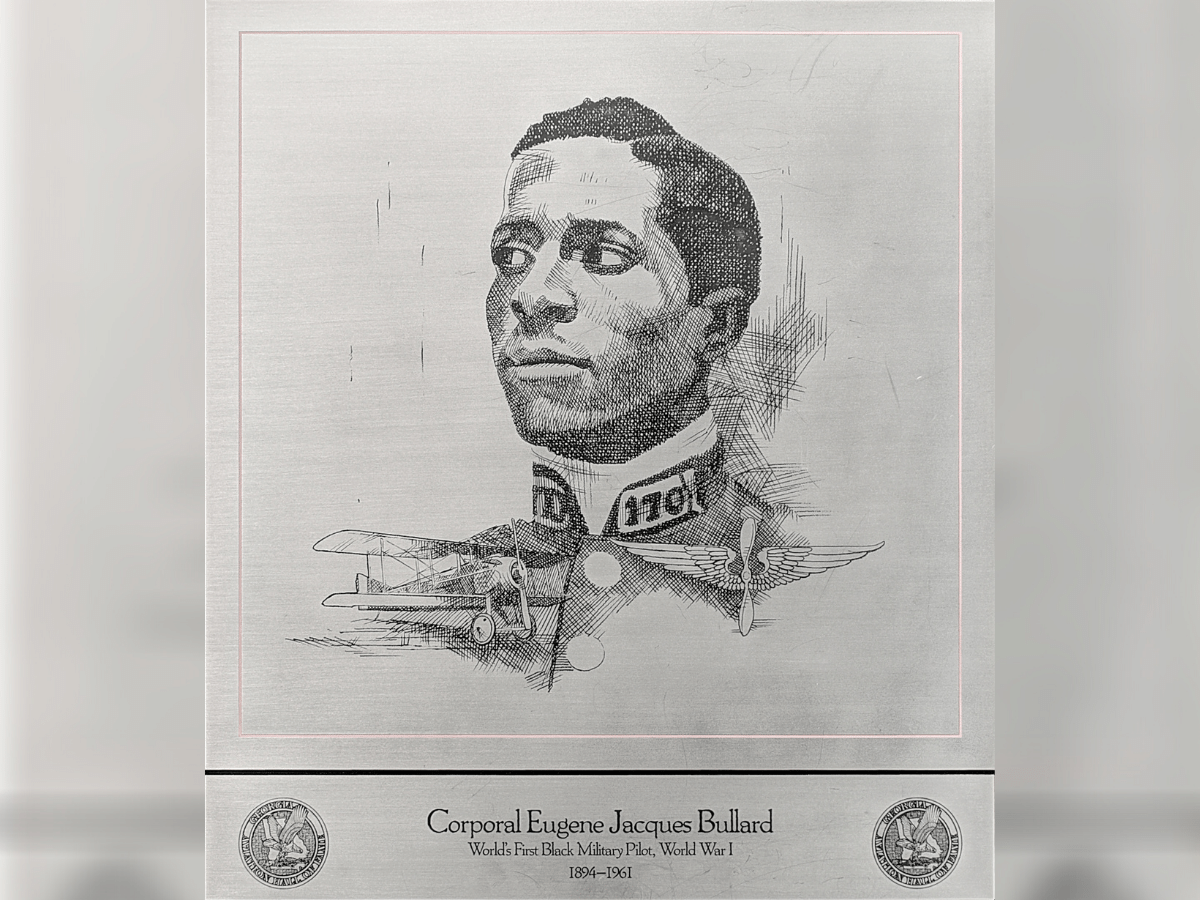 It was not until 1989, nearly twenty-eight years later, that Bullard’s accomplishments were finally recognized when he was inducted into the Georgia Aviation Hall of Fame. In 1994, more than three decades after his death, the United States posthumously appointed Bullard as second lieutenant in the U.S. Air Force. 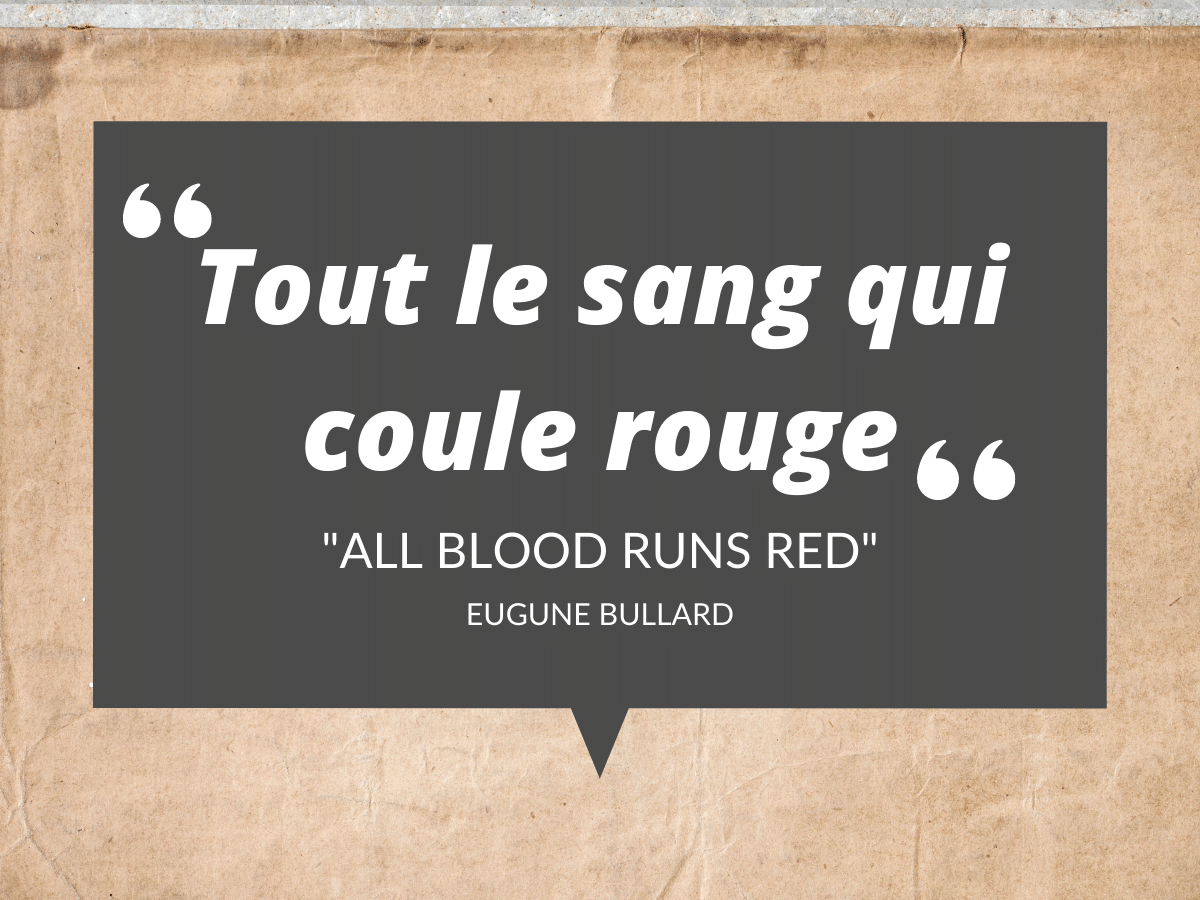 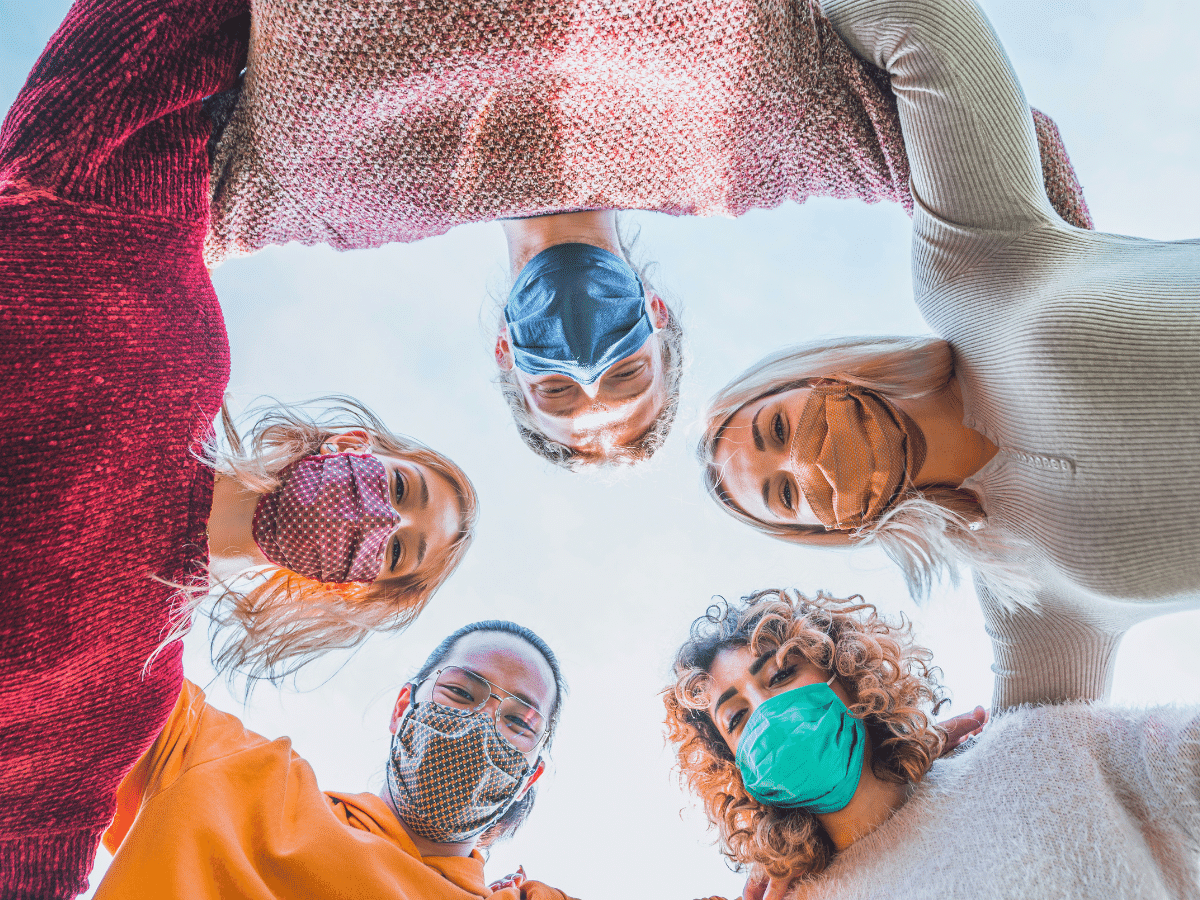 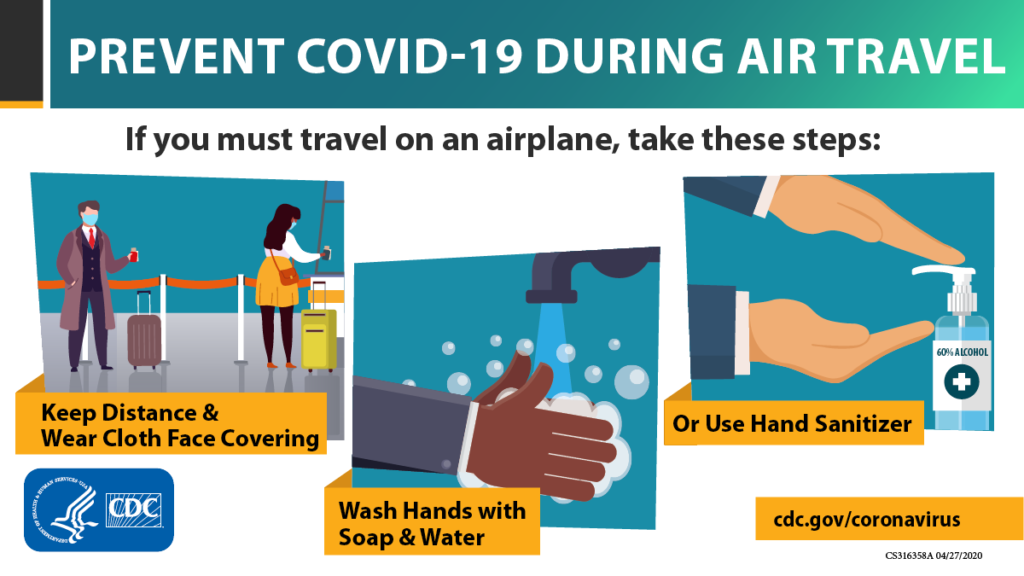